Fire cupping…. it sounds dramatic, doesn’t it? You might be asking, “You want to put cups that are on fire on my body to……. let me get this straight…….. make me healthier?” 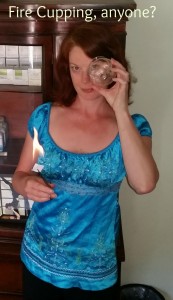 Well, first, and most importantly, the cups acupuncturists use in this therapy are most definitely NOT on fire.  And secondly, the health benefits of cupping are indeed far reaching.

A very brief history of cupping:

Although fire cupping may not be in your everyday vocabulary and probably isn’t a popular first date topic, it has been around a long time. It was first documented as being used by the Egyptians as early as 1550 BC in one of the oldest known medical textbooks in the world, the Ebers Papyrus.  Not to be outdone by the Egyptians, cupping was also used by the ancient Chinese, early  Eastern Europeans,  early Middle Eastern cultures and the North American Indians.

What, exactly, is Fire Cupping?

One way to think of cupping is to compare it to a massage, but in reverse: the cups pull your muscles up, rather than pushing them down.  The cup is able to pull your muscles up because your acupuncturist has first removed the oxygen from the cup to create a vacuum using fire.  I know what you’re thinking and don’t worry, the fire is put out well before the cup is applied to the skin.

Why would I choose this unusual therapy?

Do you have tight shoulders from sitting at the computer all day?  Do you have a knot (or 6) in your back with your boss’s name on it? Do you have nagging muscle aches from over doing your workout last weekend?  Cupping gets circulation moving and quickly brings relief.

Still a little unsure if you should try fire cupping?  Below, a patient who is also a professional athlete who was at the top of his sport, describes how cupping helped him:

“I had been receiving acupuncture from Heather twice a week for a month for lower back pain (which at that point in time I had for 9 years), as well as other general issues. It was at this stage that Heather suggested I try fire cupping. Of course I was intrigued by the notion and thought, why not, it certainly can’t hurt. Well it didn’t just not hurt, for me it was like a miracle cure. That night I went home and was going out for a night on the town and dropped my keys. I bent down to pick them up and there was zero back pain. The day in, day out, pain I had in my back for 9 years was gone. I immediately called Heather and told her she was a miracle worker. I continued weekly acupuncture and 6 months later the pain in my lower back started to come back and I had another dose of fire cupping. I haven’t had a problem since and that was back in 2006. Although I have retired from competing I still get acupuncture once a week for general stress relief and body aches and pains. Also thrown in is a healthy dose of fire cupping when needed.”

Are you still hesitating? Contact me with any questions you may have! 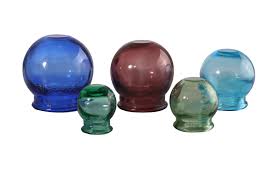